Did you know that the restorative function of sleep may be a consequence of the enhanced removal of potentially neurotoxic waste products that accumulate in the awake central nervous system? Ok, first of all let's decode this scientific lingo to something we can all understand. Basically, when we sleep scientists believe that our body goes into super clean-up mode and removes a lot of the bad stuff in our body. Imagine it is like a computer defragging the hard drive! Yep, our sleep is very important.

Sleep has been a big issue in my life recently. Both my university students and I don't seem to be getting enough sleep; albeit for very different reasons. For my students, working late part-time jobs and staying up late watching TV etc seems to be the main cause for their lack of sleep. As for me, my bed is…how do I put it kindly...my bed is more ancient than Egypt. I think if I look inside the mattress I might just discover a dinosaur skeleton. Ok, maybe I am exaggerating a little bit. But, in my defense, it was already used when I bought it, and it definitely has a retro 70's look and feel to it. Anyway, I think you get the picture; it is not very comfortable and my nightly defrag has suffered greatly in the last six months especially.

Well, no more! Indeed, last week I purchased a new bed! Now, if you have never bought a new bed, when you do, be ready for a very difficult experience. The makers, shops and sales staff will flood you with attractive words like: beauty rest, revolutionary latex foam, comfort layer, body zone design, ergonomics design…and on and on and on. Ok, so basically what they mean is that every mattress is the perfect one for me. Well, that is not very helpful! So, what did I do? Like any good twenty-first century citizen, I headed straight to the only one who has ALL the answers. Yep, that's right, Google Sensei! A quick search for the different brands and mattresses would surely give me the answers I needed to choose the perfect bed. Nope. Instead, I discovered that every mattress was supposedly good half the time, and each mattress was also apparently bad half of the time. Well, Google Sensei does like to keep a good balance of Yin and Yang. After my research, I was left feeling even more confused.

Ok, so researching the internet for mattress user satisfaction information did not help me very much. What I did find out, however, was some very good advice. One – You should try each mattress before you decide to buy and try sleeping on it for fifteen minutes. Two – Never go to buy a bed when you are feeling tired because every bed will feel heavenly. I took this advice and finally decided on a new bed. Will I be sleeping like the dead? Will I no longer toss and turn at night? Will I no longer wake up with a sore back and shoulder? Will my body defrag finally operate at peak efficiency? Stay tuned and I will let you all know. Wish me luck! :)
Oh, and if you have any great sleep tips and advice for a great night's rest, please leave some comments. 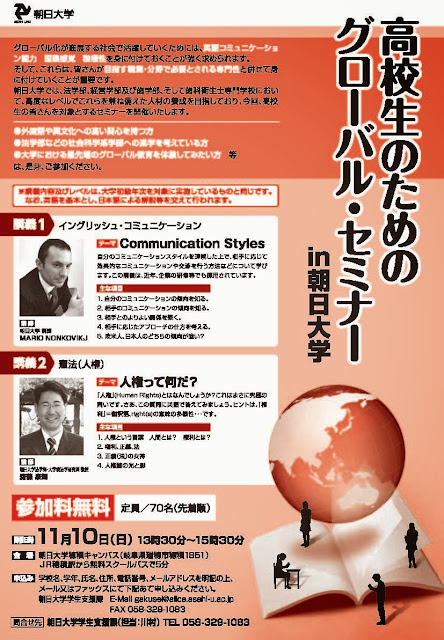 Get Real! Get Native! - The Origin Story

It’s interesting to wonder why we love origin stories so much. Spiderman, Batman, Ironman, Superman – we love this stuff! Well, to be specific I think we love imagining what would happen if we woke up one day with super powers. You would either freak out and head straight to the hospital, or jump for joy and spend all day trying out all your new powers. I would be the latter. Ok, sorry, I’m going off topic. Let’s get back to the origin of Get Native.

Get Native, if you didn’t know, was one of the first classes I developed for Stella Innovations. It was my baby, and when it was born it became my joy. You see, it was more than I hoped for.

The idea for Get Native grew from a realization I had regarding language learning, both from my students’ experiences and my own learning Japanese. Have you ever wondered why language textbooks are so popular? Well, the answer is quite simple; they offer structure, order and provide a good reference for independent study. These are all good things. We humans, we do like structure and order. The problem is, language is not always so structured and orderly.

Language is like a creature, living, breathing and growing. It’s also spontaneous – that means you never know what someone is going to say, it’s often not what you expected. Sure, there are social pleasantries and norms we have to follow: How are you? I’m fine, thanks. But a lot of language is not like that, and that can be quite discouraging and demotivating for people learning a language.

I hear people talk about speed, and accent. I can’t understand; people talk too fast. I can understand an American accent, but I can’t understand British people. Well, maybe. Then again, maybe there is another problem happening. Expectations are not being met, and when the unexpected happens, I’m not ready for it; I haven’t trained myself how to react. And so began the idea of Get Native.

A lot of students I knew when I was teaching in New Zealand loved the TV show ‘Friends’. One thing I noticed after they had watched a lot of episodes of this funny American drama was that they began to laugh more and more with each show they watched. Now, you have to remember, a lot of the humor in the show is verbal and not just visual. Also, there certainly wasn’t a lot of ‘text book’ language being used. So, what was happening? How had they improved their understanding and more importantly, their enjoyment?

Maybe you could say it was just repetition; they had watched the show so many times and heard the same language being used again and again, and their brains had processed and internalized the words and phrases. Maybe. But every show had a different theme. Certainly, some words and phrases were repeated, but they were using phrases with me in our daily conversation that they had only heard once on the TV show.  So, what was going on? I think it was the enjoyment; they were having so much fun and this opened up their minds to the language. It opened all the doors and all the data flooded in and as the language came in they would pick and choose the words and phrases they liked and store them so they could use them themselves. The TV show scenes and the words connected to them were so fun and memorable, that their mind had no trouble processing and storing the information. In fact, their brain wanted to store the information!
Not only that, but they were also not nervous about the unexpected. Their brain did not put up the walls of fear and negativity when it encountered new language. Nope, their brains were opening all the doors, breaking all the walls and working at a super pace and power to guess and infer meaning from the context of the characters interactions in the show. At least, this is what I think was happening in their heads. I couldn’t see inside, of course.

Well, this is what I wanted students to experience in the Get Native class. I wanted to give them a class that would show them language in its true creative, natural and spontaneous form. I wanted them to laugh, and to enjoy the experience so much, that all of the doors in their mind would open and they would stay positive. I wanted them to want to remember the words and phrases they discovered. And I think we have succeeded.

They may not know it, but the students in Get Native are working their minds at a super pace, and with super power. Maybe they are not aware of it, but it’s happening. So, I guess, in a way, they are becoming super heroes.


A big thank you to all of the wonderful students who have shared with me the joy of the Get Native class. The story of Ross, Helena, Tim, Hermione and their many friends and foes continues…

☆ Get Real! Get Native! - The Origin Story
このレッスンはどのようにして始まったのか、授業で使われているストーリーはどのようにして始まったのかを紹介しています。こちらもぜひ読んでみてください。